Preferred Glass & Windows can handle anyone’s commercial glass needs, new construction or repair. In addition to new and repair, we also offer 24 hour emergency board up service for broken glass (home and commercial). We can repair or replace entrance doors, door closers, and damaged store fronts, whether you need metal or broken glass replaced. We have emergency staff that will come to your location to board up broken glass and take measurements for replacement. Whether it’s vandalism, bad weather, or an accident on premises, we are there to help in your time of need! 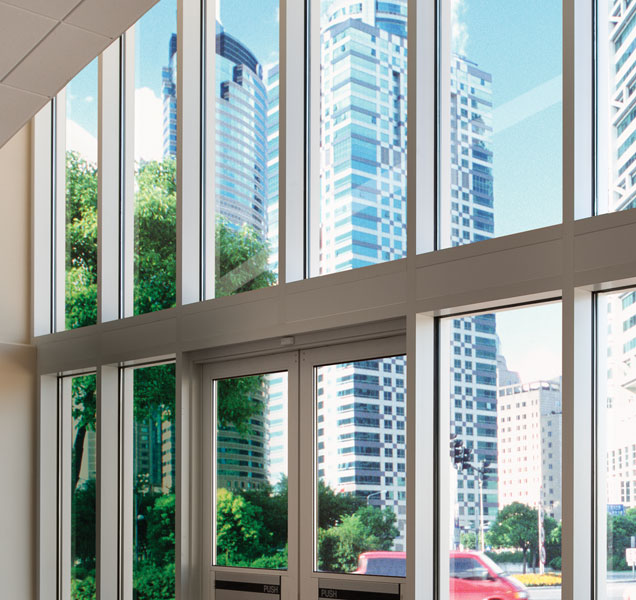 Preferred Glass & Windows realizes that thousands of professional, commercial and retail buildings feature more and larger windows, atriums and skylights than ever in open architecture. The greater number of windows and glass, the greater the chance that the sun’s heat and damaging ultraviolet rays will, over time, cause damage and affect the furnishings and people within.

Can you afford the suns effects on the interior of your office or buildings?

The suns damage can be very costly…. Reducing the efficiency of heating and air-conditioning. There could be long term damage caused by excessive glare at computer terminals. Valuable equipment near windows could be exposed to excessive heat, and your furnishing may fade and need to be replaced more often.

Solar film pays for itself in no time. What is it worth to have protection from the sun’s harmful rays for your office or building from the intense damage, heat, glare and UV rays.

What is Commercial Window Tinting film?

Security/safety window film that is installed between you and the outside environment will reduce the likelihood of shattering glass and airborne pieces in the event glass is shattered for any reason.

Security/safety window film is specifically designed to safeguard against disaster, structured, strengthened polyester film which is coated with patented mounting adhesive that actually bonds to the glass.

Security/safety window film offers a variety of thicknesses and styles for a full range of protection and it also comes in clear as well as reflective.

We have many film options for commercial use depending on the needs of the client. Our solar control film will even out hot and cold spots in a building which makes it more efficient to operate while still allowing the natural light while not compromising the view.

Our product is one of the best way to “go green” by lowering the heat gain by up to 79%. 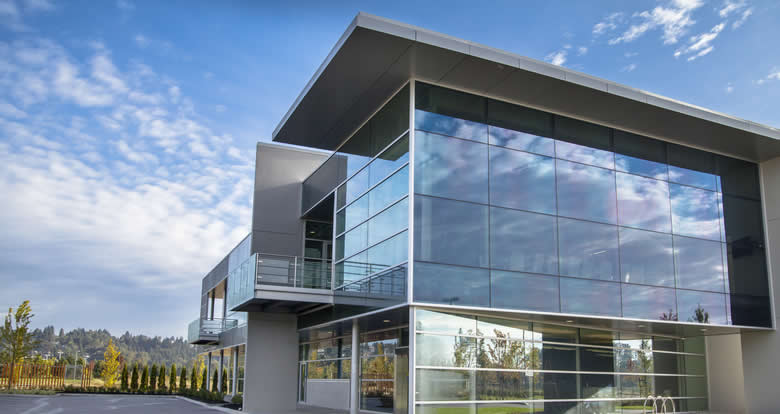